Welcome to the Maploco Visited Countries Generator! This is a fun tool that lets you show your friends all the places you’ve been. Countries in the list are organized by continent. All states in the USA are also listed.  Just click on where you’ve been and the map auto-generates. When you’re done, you can use the buttons to share on Facebook, Pinterest and other sites. 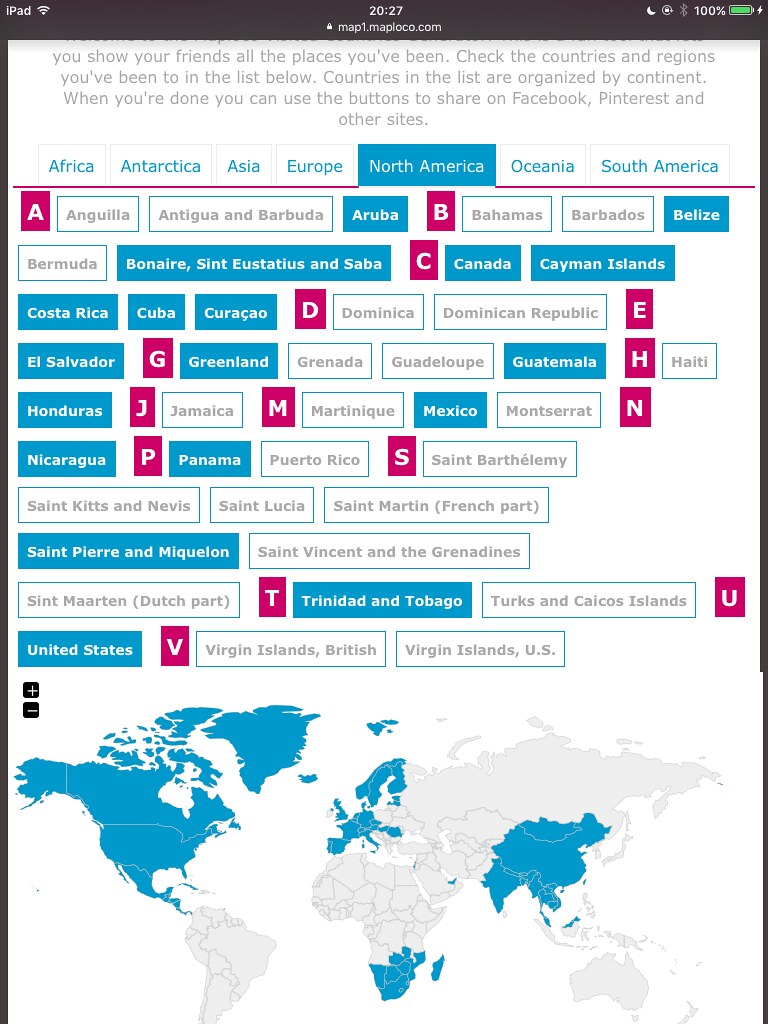 Want to show off where you’ve been? Use the maps here. They’re working to add more places all the time!